I’ve spent a LOT of the past week weaving, mostly for just the one project that has really been grinding down my patience with each failure. I think I can put each mistake down to a lack of experience and planning. I rushed in with a carefree attitude and quickly realised that you only find out how much you dislike something after putting in the hours. It is so soul destroying to pick apart all this work each time but before I do I always try to find the reason it hasn’t worked first and take something from the failure.

In the past week I’ve watched each weaving develop and go from what was originally so bad it made me want to give up, to something I’m so proud of. I’ll be sharing the fruits of the loom later this week but for now I’m sharing quite possible the one thing that stopped me giving up – this DIY Heddle Bar. This is such a game changer when you’re weaving at home. The genius of the heddle bar is in the way it moves alternative warp threads up from the work making it much easier to thread the yarn in between them. This saves so much time allowing the weave to build at a much quicker pace. Best thing about them? They’re really easy to make! This tutorial completes the DIY Giant Loom post from last week so you can find the references to some of these techniques over in that tutorial. 1.Make sure the bar is the same length of the width of the loom. We need to cut the grooves along the heddle at the exact same points along the bar as they are along the loom. Measure and mark off the the position of the grooves with a pencil and ruler.

2. So you’re going to make cuts along the wood at each of these points but unlike the loom you’ll be making these cuts at two different angles. Start by cutting the first slot at the top corner down two sides until you reach the next two corners. Continue to saw just passed these two corners. The dotted lines below show how the cuts should alternate. 3. Now do the same but starting from the bottom corner. Keep alternating the slots all the way along the bar. When you’ve finished file them down until smooth. 4. Next you need to cut the ends so that the bar will sit at an angle on the sides of the loom. Mark off the corners at the end of the bar to create a point that faces the uncut side of the dowel.

5. Measure the width of the side of the loom and mark that measurement from the edge of the heddle bar dowel. This will mark how far down you need to cut to create the angles.

6. Cut from the end down the dowel creating the house shape you see above. Once you reach the point marked in step 5 saw from the outside in until the cuts meet. Sand down the wood.

You should now be able to thread up the loom and fit the bar underneath all the the warp threads but over the top of the loom. Twisting the bar back and forth will bring the alternative warp threads forward making it easier to thread under. 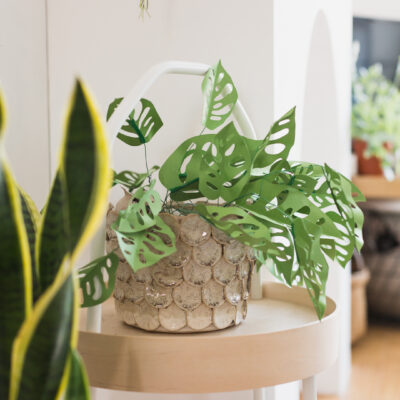 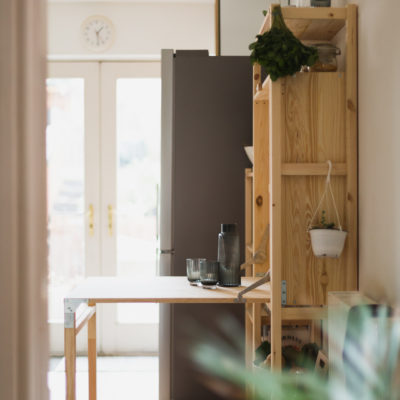 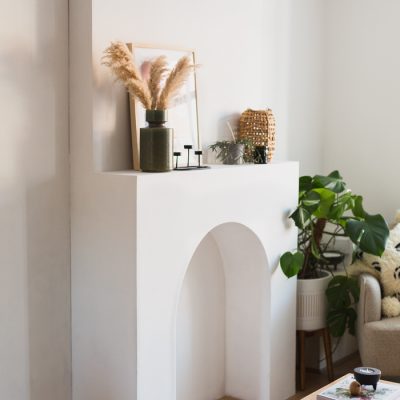 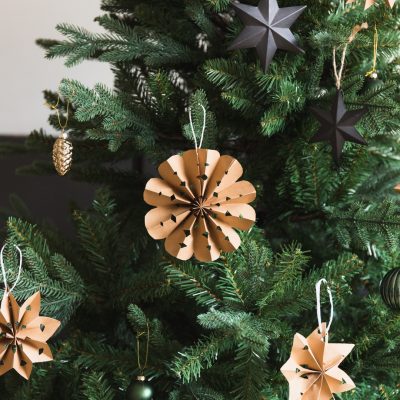 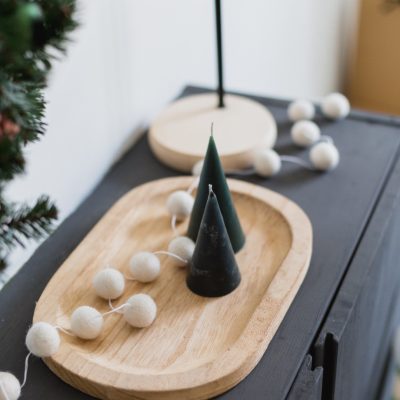